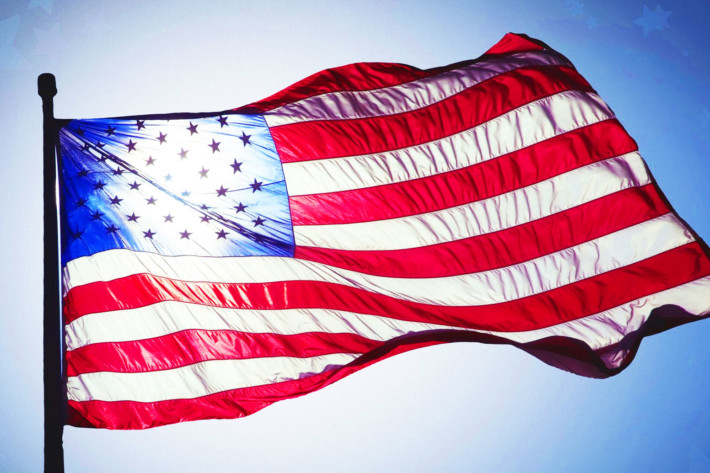 This week marks American independence, and with parties and parades all over Long Island, it’s the biggest birthday bash of the entire year. The Fourth of July weekend means picnics and beach parties, fireworks and flags, sun tea and sparklers, and lots of road trips. Furthermore, some 34.4 million Americans are expected to travel by car this Independence Day weekend.

Actually, nearly 2 million more travelers than last year planning July 4 getaways, according to AAA. More Americans than ever recorded by AAA, hovering around 49 million, are making plans to honor the red, white and blue with an Independence Day getaway this year. (AAA began tracking holiday travel in 2000.) Overall travel volume for the holiday is expected to rise 4.1% over last year, with an additional 1.9 million people planning road trips and other vacations to celebrate America’s birthday. For the record-high 41.4 million Americans who will travel by automobile this Independence Day, INRIX, a global mobility analytics company, predicts drivers could face delays as much as four times a normal commute, with Wednesday, July 3 the worst day on the roads.

“As Independence Day approaches, it’s time for the much loved family road trip and this year will be one for the record books, with more Americans than ever planning vacations,” said Paula Twidale, vice president, AAA Travel. “This holiday builds on the strong travel demand seen for Memorial Day, and with schools now out of session across the country, families coast to coast are eager to travel.”” Click Link: https://newsroom.aaa.com/tag/travel-forecast/

Independence Day data: the celebratory, and the scary

Some 34.4 million Americans are expected to travel by car this Independence Day weekend, and there’s probably a BBQ at the end of many of their trips. Last Fourth of July, Americans had around 74 million BBQs, grilled an estimated 155 million hot dogs, and cracked open about 68 million cases of beer. In fact, more beer is sold on Uncle Sam’s birthday than on any other holiday (including St. Patrick’s Day and New Year’s Eve).

Unfortunately, all those comings and goings, combined with well-stocked coolers, means more drunk drivers on the road. In fact, the Insurance Institute for Highway Safety tells us the Fourth of July is the worst day of the year for fatal car crashes. And, according to the National Highway Traffic Safety Association, 40 percent of all highway deaths over the Fourth of July weekend.

The New York State Police will increase patrols to crack down on drunk and drugged driving and other traffic infractions over the Fourth of July holiday. State Troopers will conduct sobriety checkpoints and target reckless and aggressive driving statewide in an effort to keep New York highways safe during one of the busiest summer holidays for travel.

New York State Police Superintendent George P. Beach II said state troopers will be highly visible on the roadways during the holiday, targeting drivers who needlessly put others in danger.Concealed Identity Traffic Enforcement (CITE) vehicles as part of the operation. The CITE vehicles allow Troopers to more easily identify motorists who are using handheld devices while driving. These vehicles blend in with every day traffic but are unmistakable as emergency vehicles once the emergency lighting is activated.

NASSAU COUNTY DWI/DUI – DRIVER CHECKPOINTS: in the past

SUFFOLK COUNTY DWI/DUI – DRIVER CHECKPOINTS: in the past

DUI statistics: what it can costs:

Obviously, driving drunk can have a terrible price. But even if you’re fortunate enough to avoid an accident, you could end up paying a lot. For starters, a good example is if you pay $150 a month now, your premium could increase to $450 a month. Spread that extra $300 a month over the next 5 years and you will have paid $18,000(!) extra for the same coverage.

Once you have a DUI on your record, your car insurance company considers you a high-risk driver and will charge you a higher rate to offset the added risk. Additionally, you might not qualify for any car insurance discounts you may have been receiving prior to your DUI (such as good driver or claim-free), causing your rates to increase even further.

Of course, the numbers vary by state and circumstance, but after you add in fines, court costs, and DMV fees, the average DUI costs between $5,000 and $25,000. Compound all that needless expense with the inherent dangers of drinking and driving — along with the fact that you could lose your life, take someone else’s, or wind up spending time in jail — and the reasons for staying smart and safe this weekend become more than evident.

So consider this a friendly reminder to avoid drunk (or even tipsy) driving this holiday weekend. Whatever you have planned, from a picnic in the park to fireworks on the beach, have a great Fourth and stay safe!